The making of me

I am a creative practitioner working in textiles and visual arts along with elements of drama and ritual. I offer people of all ages and abilities an invitation to respond to a stimulus through making.

This can lead to creating and telling stories, exploring – or losing – the self and engaging in collaborative projects with others. 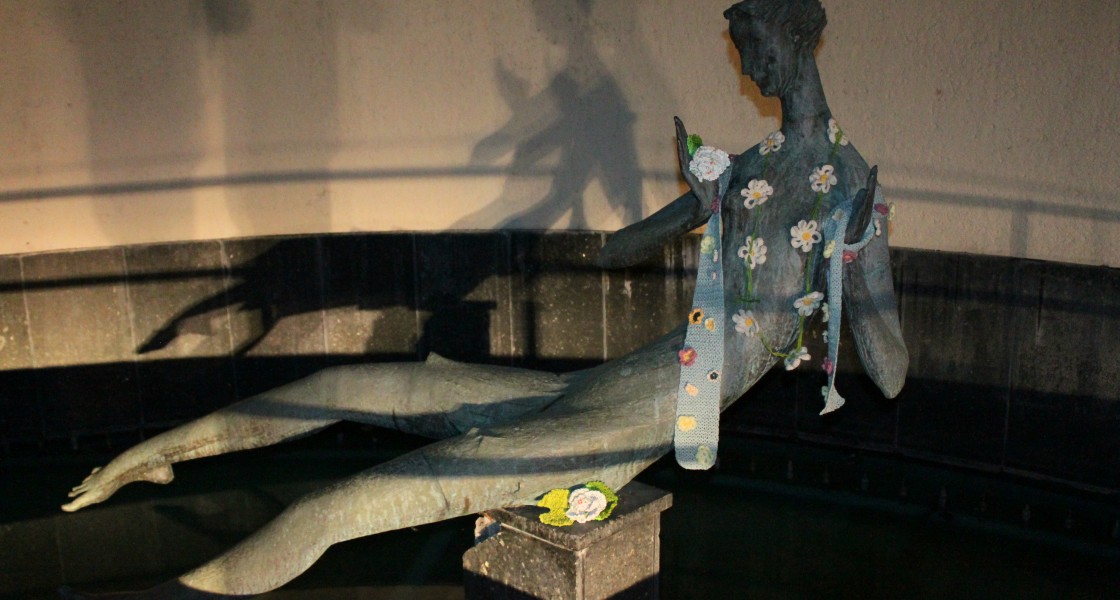 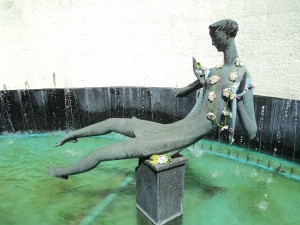 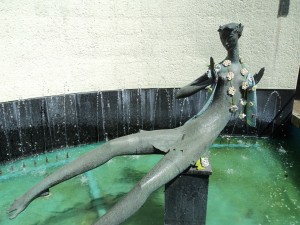 I took an accomplice (who shall remain nameless) in case I drowned in the fountain while dressing this beloved local character. The water is deeper than it looks. Deeper than the top of a standard wellington boot, as it happens. I wanted a subtle look. The lighting designer made use of the car headlights to give a slightly eerie atmosphere.

A few people walked by and ignored us totally. Well, it is Crouch End. Nobody was harmed and nothing was damaged other than my self-respect as I climbed out of the water in a drippy skirt.

Going back in daylight, I notice nobody has robbed her of her finery. I also had a look at the great display of flowers on the Broadway made by local people, including children from four primary schools in the area.

Best wishes to all the Crouch End Festival people who made this  happen.